If you’ve read this blog before you’ll know about my breathing problems and how I finally had the referral to get the septoplasty operation that could potentially make things easier for me. It was to be no exercising for a minimum of 2 weeks, along with various other instructions. So an ideal time not to be able to run,  Great Scottish Run weekend and the London Ballot results coming out. I was bound to be mentally positive and filled with the joys but first things first…  the op.

I was going under a general anaesthetic and the plan was going up through my nostrils, straightening the septum and removing some gristle. It was time to change. The gowns appealing. The tag ready in case I decided not to wake up.

My ankles were measured and then the bit you have all being waiting for, the sexy surgical stockings.

Oh anticipation. And here is the money shot. Boom.

Wheeled down, made inane conversation with the nurses as I was cacking it, stuff stuck in hand, breath in and out…… next thing I know I’m in a different room and the nurses are talking about cakes. There’s a MacMillan coffee morning on and there’s cakes. Have cakes brought me round? Is it a sign? Due to the big pipes that have been shoved down my throat and the copious drugs I try asking for cake but they ignore me. I really wanted cake. Wheeled back up to my family and making no sense but according to the consultant all has gone well and later on the Friday night I get home. Realise 4 hours after the actual op that half of one of my legs has been shaved. Will be amusing once I start running again. More gratuitous leg shots coming..

Saturday morning and I can’t breathe at all through my nose. I’ve kept Elaine awake by making weirder noises than Cher without the autotune. Decide to stay in bed for a while as feeling a bit weird. Nursed by grumpy cat Mollie Moo Moo.

Bought FIFA 18 for the PS4 to keep myself occupied but this is where the no exercise or running thing started to hurt. It’s Saturday. Super Saturday. The problem with me having so many fellow runners as friends on Facebook/ Twitter/ Instagram etc is that, like me, they love their running. Pictures and videos of everyone’s kits ready for the Great Scottish Run. Their kids doing the junior GSR. Predictions. Excitement. Oh and I felt the excitement for everyone, I really did. But the envy that courses through your veins. No resentment, but you feel hollow inside.  It’s natural, but it’s horrible. You find yourself smiling when you see the weather forecast before coming to and snap yourself out of being a dick. Oh I know. I’m human and a flawed one, I came to my senses. Housebound, miserable, not injured but unable to run. At least I could shout at the deluded reprobates of the X factor bootcamp to make myself feel better. Fuds.

But I watched it all. Chris Thompson defying the odds. Fife’s Derek Rae hogging the TV as he smashed his best alongside female winner Daniel. I saw the Legend coming through in 1.23 annihilating his best. The Chairman coming in in 1.28. So chuffed for the lads, but feeling so hollow as I wasn’t there. I’ll be honest, it was horrendous. Loved it. Hated it. In equal measures. Saw interviews with John Roach and John Owens, two guys doing great things for great causes and felt really proud of them. MAC vests streaming through on the telly. I’m sure in my drugs stupor that I could see Bella’s Kev Queenan dressed up as a rabbit but maybe that was my cue to stop watching.

Onto the trackers and Facebook, Massive PB for Team Baldy’s Scott McCue, for Chuck Bromwich and Ayrshire’s fastest Face Ian McIlwraith. They were coming from everywhere.It was a real tough day for me. And I am not taking anything away from anyone, I was so proud. But man, I so wanted to be out there. I felt emptiness. So I ate another cake. Some Frazzles. And a couple of Boosts.

Oh and Mr Gallacher, today is the day that the London Marathon ballot results come out. You know up until maybe a month or so ago I wasn’t fussed whether I got in or not. But now, after the tail end of the the season I wanted it. Unfinished business/ realisation I don’t have the legs for short stuff but aye, I wanted it. Every sound was the postman with my magazine. Will it be Laura, will it be Jason? Postman comes. No magazine. It carries on. Still housebound so split time between playing music in the loft (rediscovering this cracker )

and playing this… though not online as my sporting fragilities cannot handle 15-0 trouncings at the hands of 6 year olds from Hemel Hempstead and Dumfries.

There are lot’s of Jasons appearing. I want to be a Jason. But I am not going to be a Jason. Using a well publicised hack I have no bib number so am just waiting for official confirmation. Other plans brewing in my mind.

Grumpy.
Head butted by a dog.
Cat staring at my nose wanting a shot at head butting.
I’m sure the animals are planning a coup.
Still making weird noises.
Still healing.
Cabin fever.

No Jason. No Laura. Postman sends through TUI magazine and laughs at me. Club time trial at night and again feel empty as I see great times and performances over the new course. Online as not allowed out house. This from me that hates time trials too. Start growling at my trainers. Refuse to open Strava.

Breathing possible in one nostril.
Still no sense of smell.
Tortoise turning his back on me after failed animal coup.
Jeremy Kyle avoided.
Surprisingly haven’t entered any races.
Still swollen and sore but spirits better.
Weather outside not appealing anyway.

More music in the loft. Throw some cassettes out. Decide to carb load by sneaking out to a Pizza Hut buffet with Elaine. Joke about the marathon magazine being delivered as we eat. Check email. Email from London. Nah luck Marko. Not even a magazine.

Within an hour of getting home, and feeling fat,  I have entered the Greater Manchester Marathon, booked the hotel and requested help in devising a plan from someone I regard very, very highly. I sneer at the tortoise and start looking at trainers. 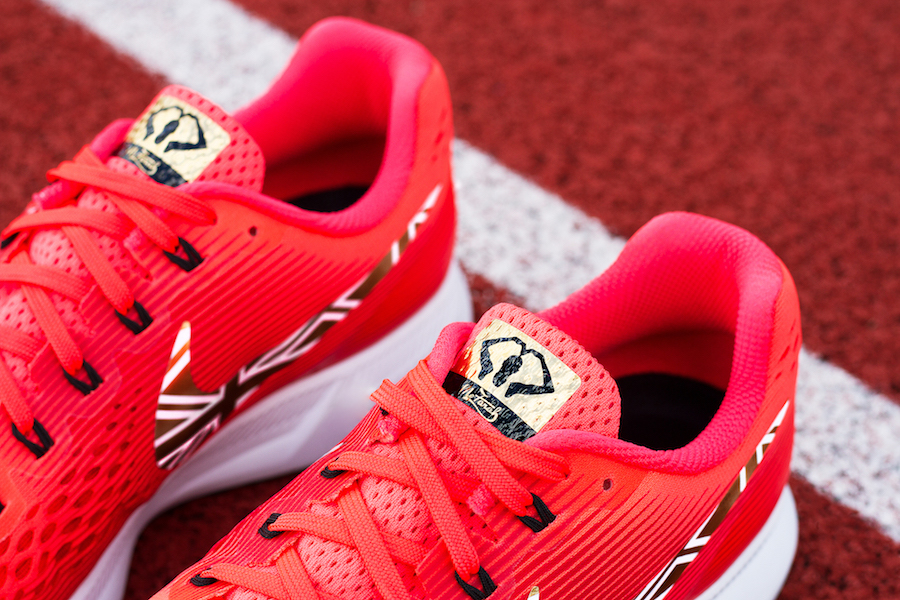 Can’t smell anything still.
Have entered a marathon and bought trainers. Looking at more races, but currently looking at people in trainers like they are the enemy.
Nose sore to touch and swollen.
There are no obvious signs of breathing improvement.
Will stay positive and keep fingers crossed.
Jeremy Kyle still avoided.
Work computer still in bag as emails would make me cry.
The sun is shining.

A wee 10k in November I fancy has just opened (The Jimmy Irvine), can I be fit enough to jog round it as I build myself back up? Wearing a tracksuit top in the house, with a Nike T shirt underneath. It’s something. Was going to jog down the hall but know one of the cats would tell Elaine. I’m scared of her. Still at least another week until I can run. Strathaven half fits in better than Alloa next year. Thinking forward. Must stop eating chocolate. Staring longingly at my Runderwear.

So six days since the op. And the same again plus to come. Is it just me?

Here’s todays tunes, enjoy 🙂 A DJ Shadow double, six days is evident, and Blood on the motorway because apparently my nose could implode if I tried to run just now 🙂