Disclaimer: I am a sham amongst bloggers. Two races this week and not a single race pic. Or warm up pic. Or even arm round other runners pre race. Must try harder. Real bloggers think ahead. Still winging it 🙂

So I had planned a couple of races prior to going off on holiday. Couple of 1500m, one OGM then the second representing the club in the League. Until Coach John pulled me aside and said I wasn’t going to be selected unless I beat 4.50 at the OGM due to the continued splendid form of the Legend. Nah not interested in a race off, so scrapped from the schedule. Knew I wasn’t in the form to beat that anyway and didn’t want the track to turn into stress as I try to use it as a stress buster. The OGM at Linwood was to be 2 races, until a mass of no shows made it into one race, just like at Grangemouth. What would be would be. After a first lap that was probably too fast for me the race split into two, those from the proposed first heat, and the ones from my proposed second. In what was pretty much a solo race I was happy with my speed over the last 150m as I held off Bella’s Calum Ferguson and recorded a time of 4.51.79, and the first finisher from the proposed second race. Can I count in as a win?  I would have been happy with anything under 4.55 so despite being 3 seconds slower than last season it was decent enough. And the Legend bought me a big bag of Munchies, so life was good. 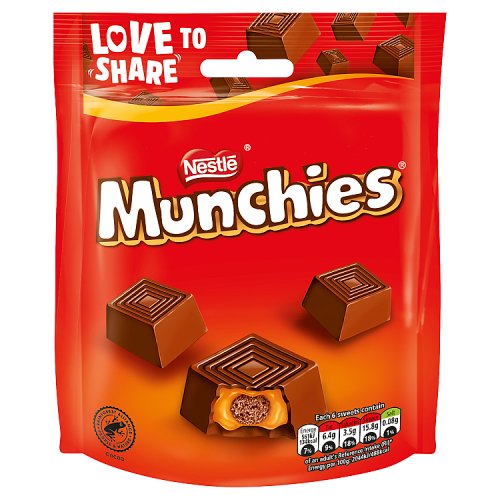 A packet of Munchies. The sharing only a suggestion, not a directive.

With the League meeting now gone I decided to do Strathclyde parkrun, which seems to be turning into a pre holiday tradition having done it the last 2 years prior to going away. My 5ks not been great this year so no pressure, no expectations and just wanted to have a hard run before I went. Got down and went for my usual 2 -3 miles prior to racing and the wind was mad. Strangely for Strathclyde the wind was a headwind at the start, not at the end. A lot of friendly faces were along, good to see Brett, Kitbag, Smiley Robert, Chris, Shona, Christie etc etc and without much ado we were off. Man that wind was crazy, like running into a a wall of jam up a travelator while attached to a bungee and wearing clogs, like I’m sure we have all done. To add to this the ducks and geese at the left hand side of the path picked the words “Go!” to decide to cross to the right to go into the water. This a wee bit scary but funny as 240 runners and about 100 birds did the gentleman’s excuse me and the macarena all rolled into one. Helped my wee head which as usual was telling me I felt crap and should drop out. But I wasn’t doing crap. I was about 8th and running freely enough. Smiley Robert was away from the field already, Chris well behind him but well away from the rest of the pack. I tried to move up but for the next k every time I passed a fella in red he would sprint by me and then step to the side in front of me. It’s a parkrun, what’s that all about? I know I was wearing a Nike Kenya T Shirt but I’m from Paisley and live in Newarthill. Was really doing my napper in. Over the other side and with a wee bit of a tailwind and I was able to get by. Sitting about 6th. Sound. Round the loop and the headwind was really bad again. But through 2 k to go in 5th. Round the bend 1 1/2 to go. 4th and just behind 3rd. Then suddenly action from behind and someone went haring past. Fair play. Too fast for me to go with but I got past the guy who had been 3rd and back into 4th. 500 to go and wasn’t far behind the fella in third so decided to give it a wee go. Past him at 400 to go, kicked hard, finished fast and in third. Will take that any day of the week. Time 18.25 which was decent in the conditions. Ended up I had actually overtaken someone that I converse with on Twitter and Strava, and neither of us realised, and a bloody good runner too in Maryhill’s Kevin Campbell.

So first half of season done and break time. Reflection time. The first half was really focussed on that first Marathon at London and although the time wasn’t what I had hoped for I learned a lot about myself from it. No regrets. The training brought me new PBs at 10k (The elusive sub 38), 10 miles (63 mins) and the half marathon (87 mins). 5ks and track have been slightly disappointing but hopefully the second half of the season will see speed return to the legs. I can bring in pics here then, and my highlights of half one of the season.

Thanks everyone who has read this over the last few months, and has been a pleasure to chat to a lot of you at races. For now though it’s time to pack the budgie smugglers, develop my bikini body and drink some cocktails. See you on the flip side. As Big Audio Dynamite did say on the sublime Megatop Phoenix album, everybody needs a holiday.